When I built my state of the Art mobile Tattoo studio and realised that I could base myself just about anywhere. There was only one place that I wanted to be. Welcome to the Isle of Man’s newest Tattoo Studio. It is a Tattoo Studio with a difference and the first of its kind.

Welcome To On The Road Tattoo

I started coming to the Isle of Man as a child, my first visit was in the late sixties and I was here for Mike Hailwood’s return, it remains one of my most vivid childhood memories as I met the great man and got his autograph.

I have always felt a great affinity with the Island ever since.

In the late 90’s after many years riding off road I started circuit racing. I spent many weekends living out of converted race vans.

I did my first tattoo in ’95 but started Professionally Tattooing in the early 2000’s. 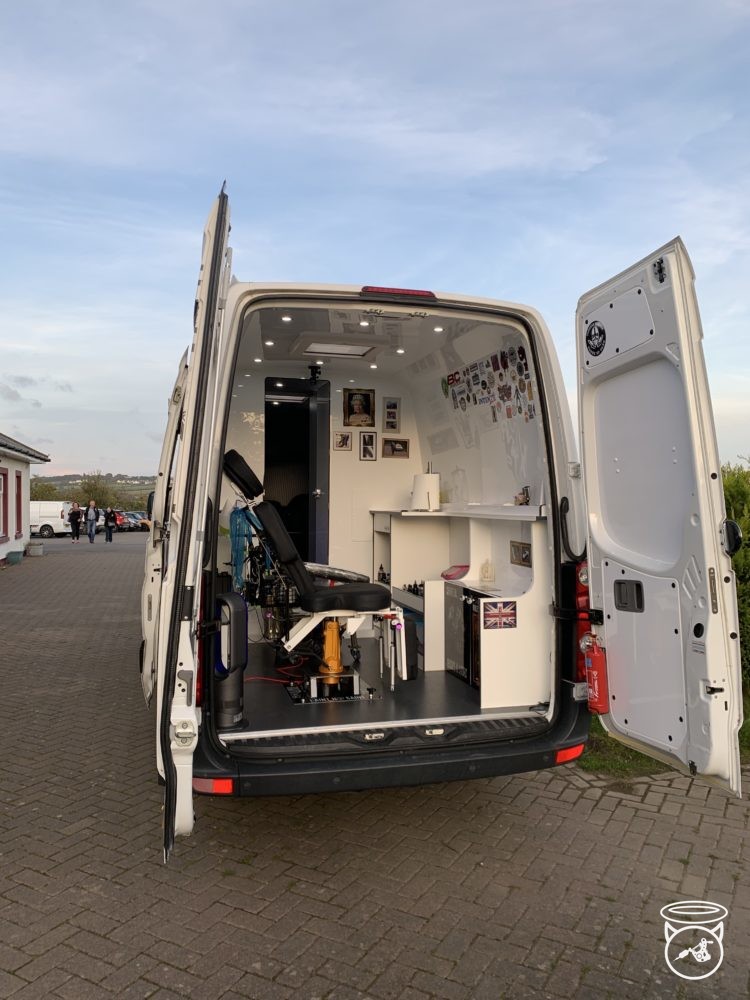 The Tattoo Race Truck is the first of its kind. It has been well received and made very welcome by the Isle of Man community. In my first month I have made a lot of tattoos and many new friends. These are just some of my latest tattoos but you can see more of my work in my galleries.

I was asked to do a simple colour butterfly tattoo for a local Isle of Man resident. the picture sent through was re-designed and this is what I came up with. This was the first tattoo done in the Tattoo Race Truck on the Isle of Man.

My minimum charge is £50.00 I am more than happy to do small tattoos or “bangers” I also draw up small tattoos. So perhaps you are visiting the Isle of Man and would like to get a permanent keepsake? Book me in advance, I can visit your hotel or we can choose a really cool location to tattoo in.

For a half day sitting I charge £320.00. This will normally result in a fairly decent size custom tattoo or a tattoo from your own artwork and reference, It is also a good sized session in which a lot can be achieved on an ongoing sleeve or bigger piece of work.

I am happy to do cover up tattoos. I enjoy the challenge. However you have to be realistic and sometimes compromise in regard to what will cover. For example: a delicate black and grey pocket watch will not cover that full colour Tazmanian Devil that you got at 18 years old. Keep an open mind and most things can be improved upon.

Script Tattoos range from £50.00 upwards to £400.00 plus. It depends on the size of the script, the length of the quote or sentence and of course the size and placement. I really enjoy designing and doing the Chicano style flowing script or any custom graffiti style scripts but names in standard fonts are fine too.

If you have a particular logo or crest that you would like to get tattooed then please get in touch. I am happy to do them, usually a football club crest works out between £140 and £160. Sometimes a logo can catch me out as there is more work than anticipated. Don’t worry I never go over my maximum quote, I do sometimes go over on time.

What People are Saying

“A Breath of Fresh Air to the Island”

“Everything from the first text to getting the ink. He is full of knowledge and extremely passionate for his work and van. Should I say Studio. Cannot recommend him highly enough. A breath of fresh air to the island“

“I had a cover up tattoo done this morning and can honestly say I’m so impressed! From start to finish Iaint was brilliant, he responded to emails promptly, listened to what I was looking for and designed a perfect tattoo for me. He arrived on time, his van was spotlessly clean and the advice on aftercare was thorough, I even got a message following my appointment. I highly recommend and will definitely use him again in the future !“

“I had my first tattoo done yesterday and highly recommend On The Road Tattoo, being my first I was made and felt so comfortable, Ian kept checking to see how I was feeling and ensured I was at all time comfortable. His knowledge and work is amazing and one of the things I liked there was no one else sat watching. The set up is so prestige. What a lovely person and above all I am over the moon with my fabulous wolf tattoo. Thank you and no doubt I will see you again.”

Our News And Events

By all means follow me on Facebook, Twitter and Instagram my username is @TattooRaceTruck. But I try to post all of my new tattoos here on my own website first along with all the really interesting stuff that I am getting up to. Expect updates weekly so check back if you are interested. If you want to get ahead of the curve on updates, competitions and special offers then why not sign up to my newsletter?

A year later than planned... The new studio is up and running and the diary is open to all comers from the 21st November 2022. Existing customers, gift voucher holders and retuning customers can still book in this weekend before the diary fully opens.Ramsey Tattoo... 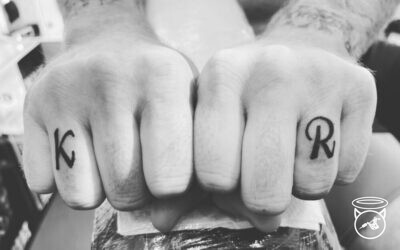 We are already tattooing in Ramsey two days a week.  Unfortunately there are no “walk ups” just yet as we are booked up to the end of November; there are however still some Ramsey slots before Christmas and we may be able to squeeze in a few small ones, so get in... 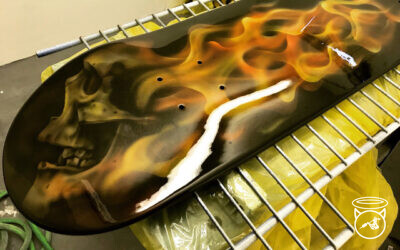 Everyone has been asking the same question "where is the new Ramsey Tattoo Shop going to be?” At On the Road Tattoo we do things differently. We don’t need underfloor heating, free wifi, chandeliers and a grand piano to lay down a clean tattoo. So when we start a new...

Drop Us a Line

Don’t be shy. Let us know if you have any questions!

Dialogue is an essential part of any script

This site uses Akismet to reduce spam. Learn how your comment data is processed.