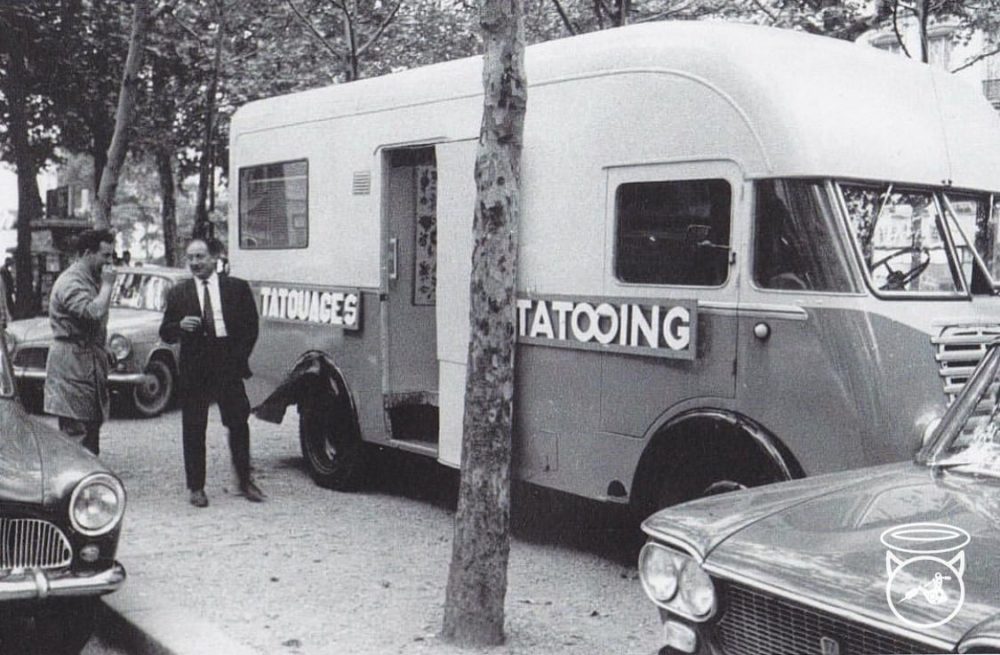 Mobile tattooing is nothing new.

Over the years many famous and not so famous tattooers have taken to the road and have done precisely what I am doing at On The Road Tattoo, they have converted a road going vehicle into a mobile tattoo studio.

This practise has dated back many years and I would take a guess that the earliest examples would be associated to travelling fairs or the circus.

Tattooing hasn’t always been a stationary affair. Take a look  back at the 50’s and 60’s for example and you will see that “my” idea is nothing new.

In modern times, the visiting tattooer or mobile tattooist has been viewed as more of a shady character. Often described as scratchers, bodger’s or kitchen wizards. Perhaps more inclined to break the law than their studio based counterparts? If you have stumbled on my website during lockdown and perhaps thought that you were in luck in finding such a character, then you are about to be sorely disappointed. I am not….. and would not tattoo during a lockdown or a pandemic.

I won’t tattoo you if you are under 18 either. It makes no difference if you have your parents permission, just as it would make no difference if they gave you their permission to rob a bank, the law remains the law. The tattooing of minors act dates back to the 60’s, nothing has changed.

However, why not let me cheer  you up with some mobile tattoo history? For example, did you know that…………

Albert Cornelissen and his son travelled Europe in the 60’s They following the US aircraft carrier Saratoga through Spain, France, Gibraltar and Belgium while they tattooed the troops. During his travels Cornelissen had the chance to visit many tattooists in his converted van. 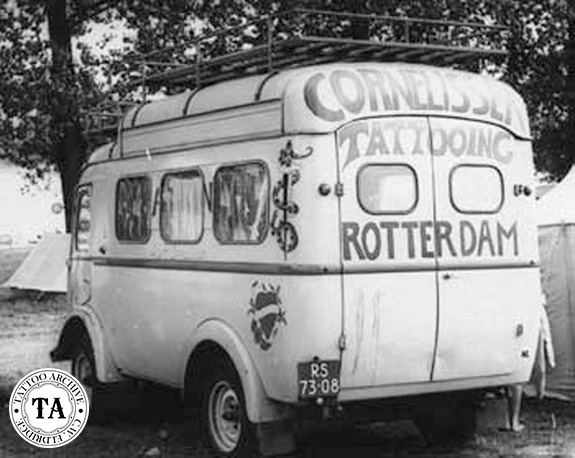 I discovered this on the Tattoo Archive which is an excellent website based in the US. The website contains a wealth of history relating to tattooers of bygone years, if you are bored this lockdown why not spend some time learning about the craft and the pioneers within the industry

In America the mobile tattoo studio is nothing new and not uncommon. Check out this rig that belongs to Inflicting Ink, imagine me coming at you in the lanes of Foxdale driving one of these, something to aim for perhaps?

Would an articulated lorry be too much for the Isle of Man?

Thanks to the likes of eBay and Amazon combined with Chinese manufacturers whose tattoo kits don’t last as long as certain viruses. The image of mobile tattooing is no better with a younger generation of pro tattoo artists than it is with the general public. I have had some interesting comments from “award winning” artists, who then went very quiet upon realisation of the quality of my studio build and time served in the craft.

This was not the case in the 50’s or 60’s. Albert Cornelissen (pictured) was not alone as an early pioneer On The Road. There is an excellent article about Albert’s tattoo career on Big Tattoo Planet, it’s well worth a read, make sure to click the link it’s a fascinating story.

Ron Ackers a very famous British tattooer, went on his “world tour” in a converted ice cream van. Could you imagine the sound of “green sleeves” coming down the road and the look of disappointment on your kids faces when they realise your tattooer had arrived?

In 1959 he fitted out an old ice cream truck as a tattoo studio. It is written that at the time this was unheard of. Ron worked with another tattooer named “Inkie Dinkie” and they had a driver named Larry. Ron would do the outlines and “Inkie” would then colour the tattoo.

They travelled Germany visiting British Army camps, then get the guard to tell them which bar the off duty squaddies were drinking at, turn up, and set up and tattoo. 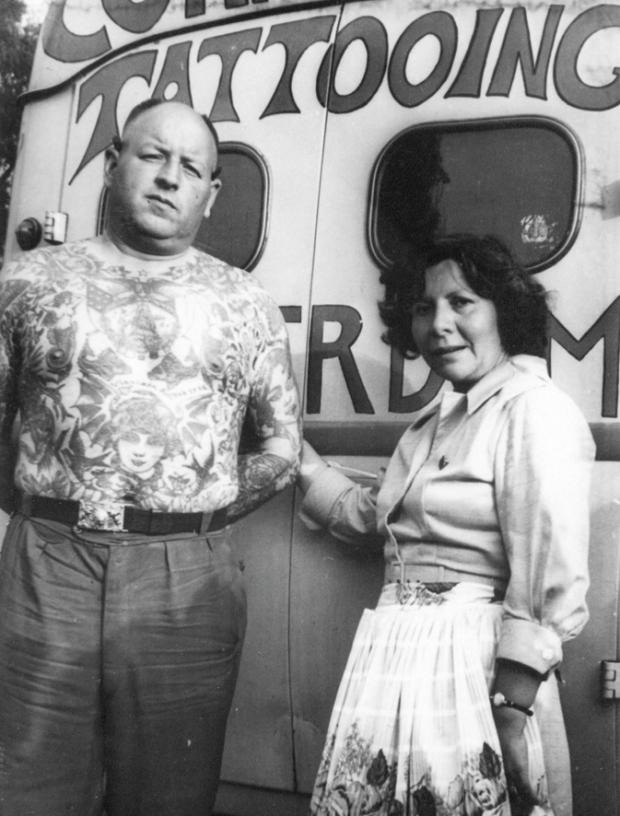 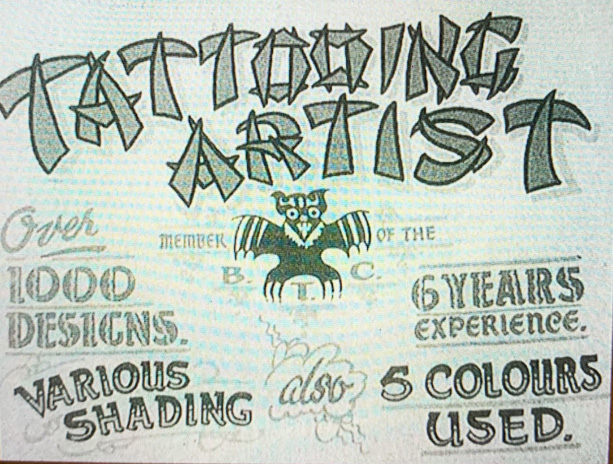 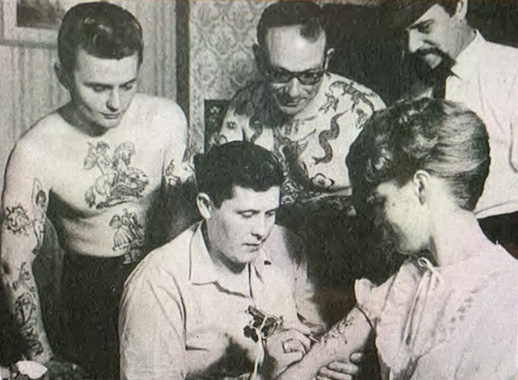 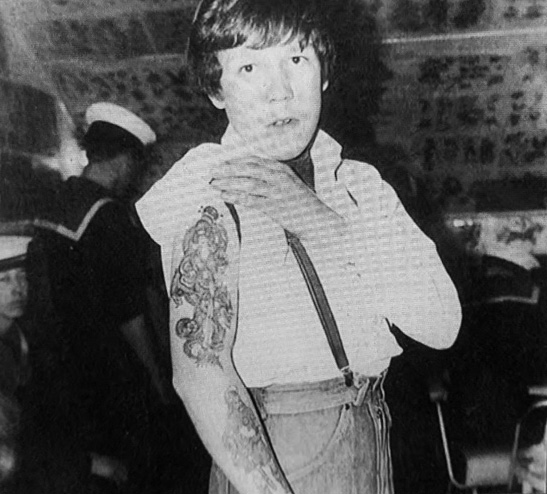 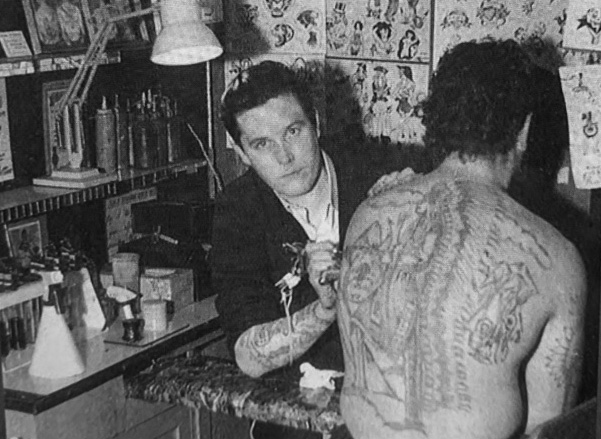 Lyle Tuttle a very famous American tattooer described Ron Ackers as the best freehand tattoo artist that he had ever seen. Ron Ackers was also one of the founder members of the Bristol Tattoo Club. A club that I am also proud to be a member of. I joined in 2017 when I met Jimmie Skuse his relation Les Skuse was another pioneer of English tattooing, a man way before his time. 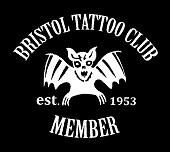 So there you have it, if you are looking for a lockdown tattoo this is not the place for you and maybe think again? There is no such thing as an “emergency tattoo”. If you’re a judgemental tattooer then I am happy to say I have more in common with the legend Ron Ackers than you! If you are a regular reader or just passing, give me a thumbs up in the comments if you liked this post. I can do more.

I hope that you have enjoyed this post as much as I have enjoyed writing it? If so give me a thumbs up in the comments and more can be added to the site. My new years resolution is to spend more time on this website than social media. I am determined to find a picture of Ron Ackers’ “ice cream van” and it would give me a great excuse to get back in touch with Jimmie Skuse at the Bristol Tattoo Club and Lal Hardy, a great friend to On The Road Tattoo and an absolute wealth of tattoo history. Please don’t forget to visit the gift shop on the way out…..

THANKS FOR TAKING THE TIME TO VISIT THE SITE AND READ THE LATEST NEWS. MAKE SURE TO SIGN UP FOR THE NEWSLETTER BEFORE YOU LEAVE. STAY SAFE AND LETS HOPE WE CAN GET BACK ON TRACK ON THE IOM SOONER RATHER THAN LATER, WE ALL NEED TO PLAY OUR PART.

This site uses Akismet to reduce spam. Learn how your comment data is processed.